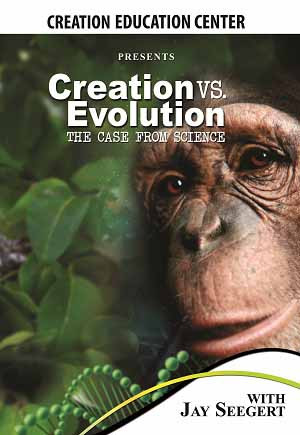 Creation vs. Evolution: The Case from Science

It is often claimed that living in an age of modern science makes it intellectually impossible to accept the straight-forward account of creation as found in the book of Genesis. Is this true or is this just what we are supposed to believe? What does the evidence actually indicate? Creation/Evolution: Science Speaks is an exciting presentation (in layman's terms) of evidences for creation and challenges to evolution in four main areas: - Origin of the Universe - Origin of Life - Origin of Species - Origin of Man.

This product hasn't received any reviews yet. Be the first to review this product!